A breathing Mandelbrot, and how it feels to sell NFT art to strangers on the internet 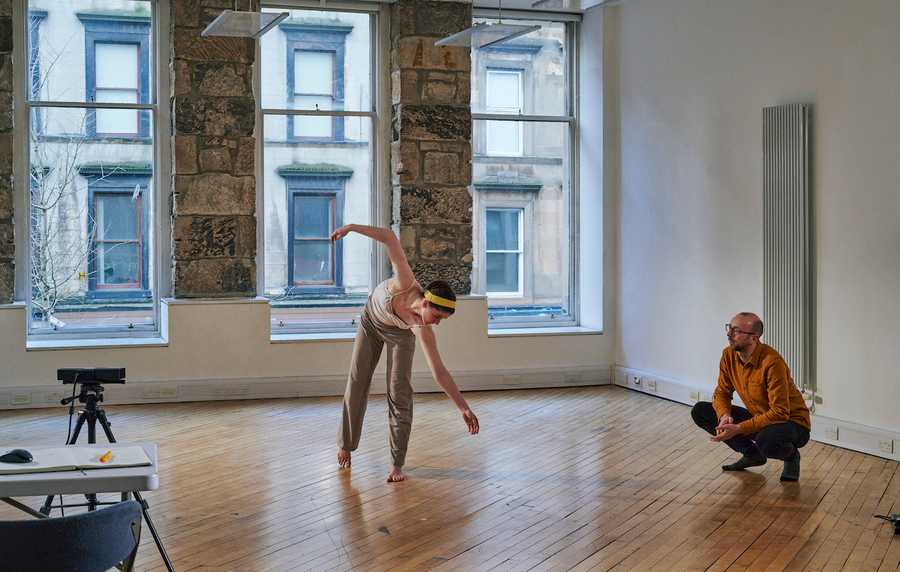 There's a strange feeling of grief at the conclusion of an intense collaboration.

It's familiar enough to me now to know that it's a good sign, that an intensity of connection reached has taken me somewhere unique to this group, somewhere I could not get to by myself.

The grief is the acknowledgement of the impermanence of that state.

Last week I was working with the dancer Catriona Robertson, continuing my journey using AI to transform movement of the body into sound and image. A lot of exciting material emerged. (Have a look at my instagram for a few snippets.)

My next step is to let it bubble under the surface of my unconscious and keep track of what keeps coming back to mind. Usually it's when I'm walking, swimming or falling asleep.

I will share more on what emerges in a few weeks.

While that brews, I have a new project to share. 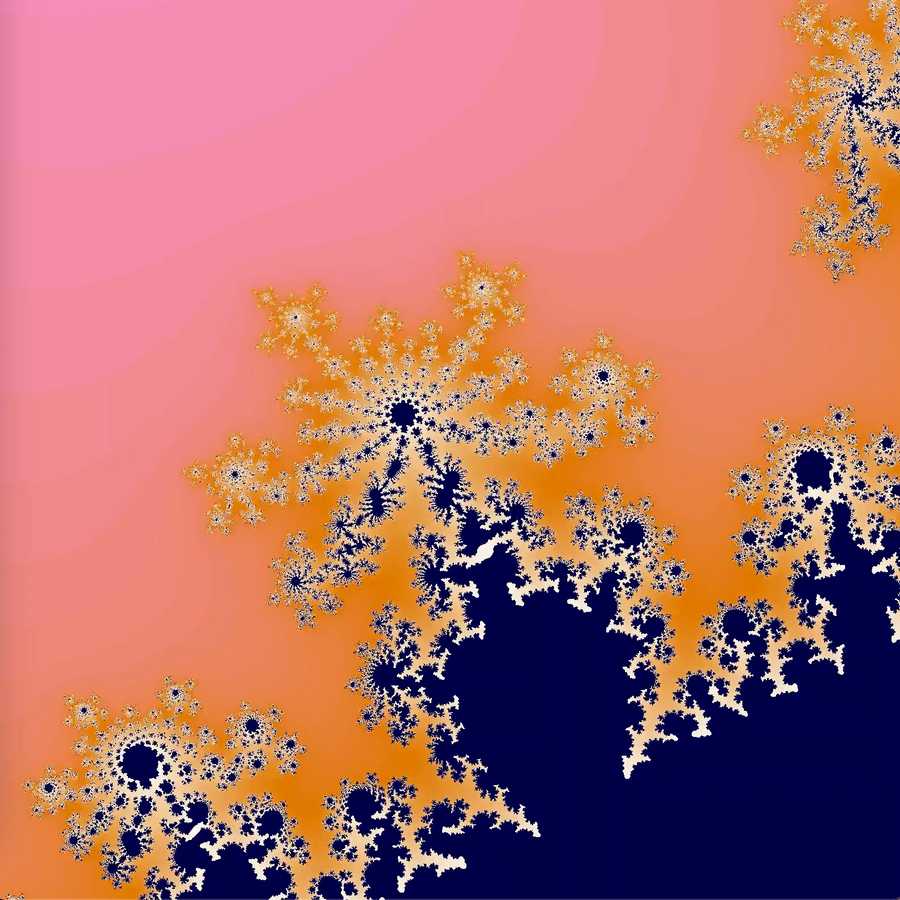 FRACTAL REEF is a real-time generative animation that brings the Mandelbrot fractal to life by breathing noise into the equations. It's also my first venture into the world of (eco) NFTs.

As soon as I say NFT, any conversation quickly becomes about NFTs. I have thoughts of my own, which I share below. But let's start with the art.

So this newsletter is in three parts.

Part 1 is on the my new artwork, Fractal Reef.

Part 2 is on NFTs within the digital art scene.

Part 3 is on my own experiment where I share how it feels to sell NFTs of a maths-heavy artwork to some strangers on the internet.

A fractal is an image that contains a complete image of itself, meaning you can zoom in forever and keep finding it.

The Mandelbrot, sometimes referred to as ‘God’s thumbprint’, is perhaps the most famous fractal. First plotted in the 70s, it might even be the most famous algorithmically generated image. 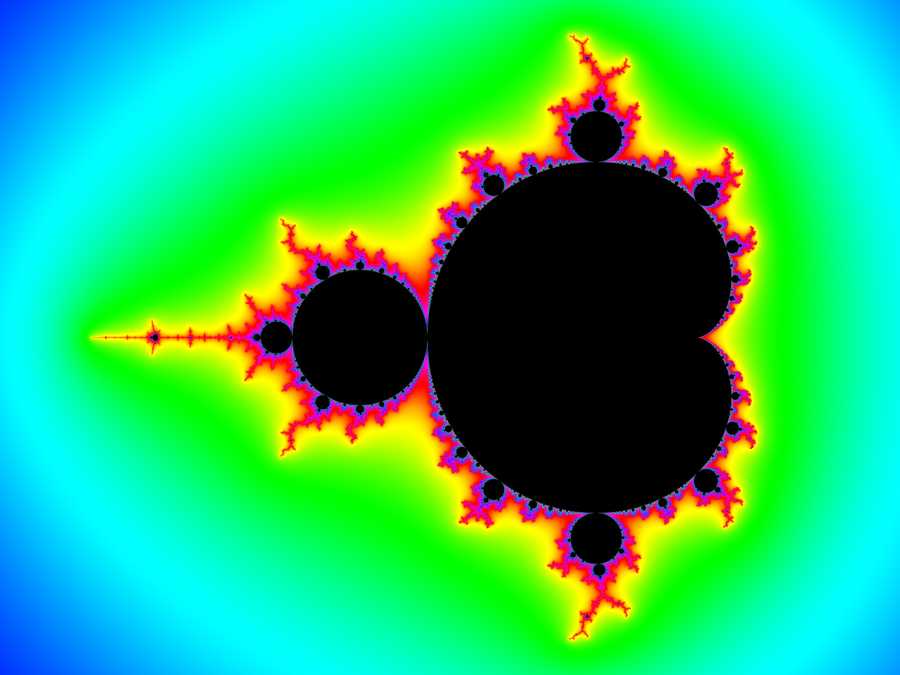 A single, relatively simple formula creates a shape like a beetle. But zoom in and a universe of complex organic swirls emerge, getting more elaborate the further you go until, eventually, the familiar beetle shape emerges again.

For those mathematically inclined, the generative process is profoundly simple.

Take the assignment z ≔ z² + c where z and c are complex numbers. Start with z = 0 and c as the (x,y) coordinates of a given pixel. Then count how many times you can apply it until you reach a fixed magnitude, say 100. Take the square root of the count. That's the colour of the pixel.

When the abstract world of pure maths suddenly bursts with organic creativity, I feel a philosophical significance. It's an encounter with those qualities of the universe that elicit the complexity of life.

But finding life within a fractal is extra special. Many years ago, my dad introduced me to the theory that the universe is fundamentally fractal in nature. For example, if you were able to zoom in far enough you would find yourself back at the edge of the universe. Scaling from from large to small is like moving around a circle.

It's a wild idea but zooming into the Mandelbrot fractal makes it slightly comprehensible.

However, while the universe is alive, the Mandelbrot is an unchanging image.

I created a real-time render of the Mandelbrot as part of my daily morning practice. I explored ways of animating it by injecting fluctuations of randomness at various points in the algorithm, almost like blowing wind into the process to disrupt its symmetry.

As I did so, the familiar swirls began growing and shrinking. In some places it looked like lungs breathing.

In fact, the English word animate comes from the Latin animare, meaning 'to give life to', coming from 'anima' meaning breath or soul. The back and forth oscillations like breath give a sense of life.

As the fractal animated, it felt like plants of a coral reef drifting back and forth with the tide, opening and closing their pores in the process.

Hence Fractal Reef. Have a look at this video to see what I mean.

A few screen grabs of Fractal Reef rendering in real-time on my laptop. (1 min)

2. NFTs and the intrigue of scarcity within generative art

It's been a wild year for NFTs. In the artworld, an NFT is simply a limited edition tokens declared by an artist to represent a work. They are essentially a socially agreed fiction, a collective hallucination. But then, as any crypto afficionado will tell you, so is money.

The wild part is how quickly this new collective consensus of value has emerged.

Like cryptocurrencies, like the internet, like art, NFTs are flexible enough to project any ideals onto. The space spans the whole spectrum politically, from grassroots community activism to market manipulation and money laundering.

In the digital art scene, 2021 began with the crisis of the carbon contribution of the Etherium blockchain, which hosts most NFTs. Where the scene went next is, I think, the reason I feel positive about the future of the space. Many artist-created platforms have emerged on eco-friendly blockchains, with Tezos taking the lead. By now, every artist I care about who mints NFTs is using Tezos.

While the broader NFT space feels like a dotcom bubble desperate to burst, the Tezos community feels like busking among the bustle of the Edinburgh Fringe. It feels like it's about the art. People seem to be buying NFTs not as financial speculation, but as a new kind of Like button that is a thousand times more real because it costs real money to click it.

For example, my favourite platform, fxhash, is devoted to generative art. The artist uploads code that incorporates randomness to generate endless variations of a work. But a limited number of NFTs of the work can be limited, each one being one variation.

When it comes to generative art, this scarcity is significant. It's not uncommon to compare generative visuals to screensavers. Personally, I hear this as a compliment but I know it's meant perjoratively. When variety is so easily generated, we are less generous with the attention with give to each variation.

I really felt the weight of this back in 2016 when Jan-Ming Lee and I created Movement Alphabet. We were rendering algorithmic portraits of how an individual moved. The creation process was an intimate one-to-one experience where visitors were invited to share personal stories to uncover their authentic way of moving, which was captured and rendered into paintstrokes.

A random person often doesn't give the image more than a few seconds. 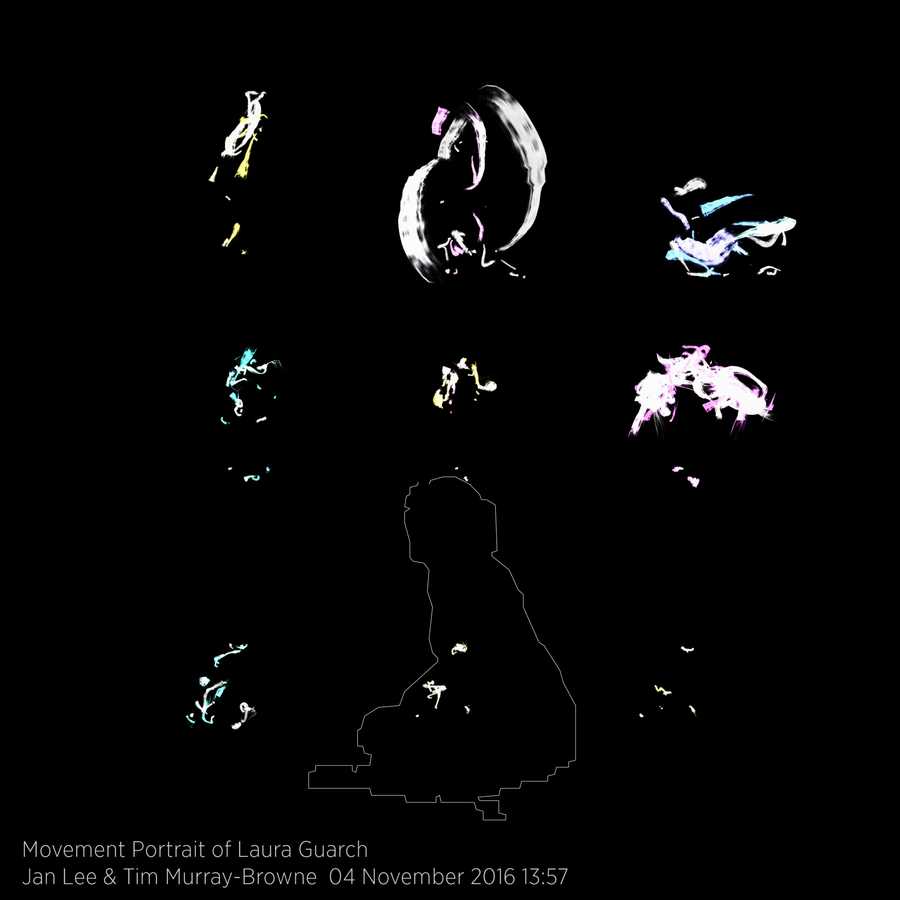 But the person whose movement the image captured sees so much more. They search for the meaning in each paintstroke.

I began Movement Alphabet expecting to invest time on making the visuals slick. But we quickly discovered that what the work was asking for was a way to help people to express themselves authentically in how they move. The power of the image comes from the story of its creation.

Fractal Reef began as play. But I lost hours exploring its depths. I kept finding new surprises. I had been waiting for a chance to mint an NFT where it made sense for the work, and here it was. On fxhash each variation minted opens a different window onto the vast landscape of the work.

What I love about this is that each new variation can then be experienced by anyone. There's no exclusivity of experience. (This, by the way, is why I think NFTs may supplant copyright for artforms that are innately digital.)

But for the person who holds the NFT of that specific iteration, I hope there's a more significant relationship to the specific variation they have bought.

3. How it feels to sell an NFT of an artwork

However, once the generator for an artwork is launched on fxhash, its code can no longer be changed.

I'm terrible at severing my options – even when it's clearly what a situation needs. To finalise a work is to immortalise its imperfections and, perhaps, to be confronted with their inevitibility. Perhaps this yearning for incompleteness is what led me to interactive art.

For Fractal Reef, I found solace by deciding it would be the first of 21 generative NFTs. (Thank you to Bronques at the Mystery School for this little trick).

The NFT went live on fxhash at 14:49 on 20 January. Within a few hours seven were sold, all to people I didn't know. Given the subject matter, I couldn't resist pricing it at 4.6692 tezos per each mint, giving an income so far is about £100. Not enough to cover the week it took to make it. But this is real money - about what a Youtuber might get from 40,000 views. And there's not an ad in sight.

Given that Cave of Sounds has just landed back at my studio after an 8 month exhibition in Australia where it was enjoyed by thousands, it seems kind of crazy to say this, but I found selling these eight NFTs surprisingly validating.

Part of this I think is that with my usual interactive work, everything is conceived around how an audience experiences the work. I'm used to giving so much. And I love it like that.

But Fractal Reef is just me following my own sense of beauty and wonder. Six people digged it enough to buy a token of the outcome. One person enough to buy three. The NFTs holds no tangible benefit beyond whatever cultural value might be attributed to the work.

That's the weirdness of NFTs. But I think it might be the exact reason why I felt such an impact from selling them. And perhaps the power to cause that impact is where their real value lies.

NFTs are certainly here to stay in some form or another. I don't know what will happen to this little corner of the new internet when the bubble bursts. I suppose it will depend on the balance between people focused on art and people focused on speculative gains. I'm optimistic.