Movement Alphabet combines interactive technology with immersive performance to visualise the physical personality embodied in how we move in daily life.

Each visitor of the interactive artwork is led by a guide on a journey through their own memories and stories. During this, their movements are analysed and rendered into a Movement Portrait through a process akin to a digital calligraphy of the whole body.

The project is a collaboration with dance artist Jan Lee. More information and a full gallery of the portraits may be seen at movementalphabet.com. 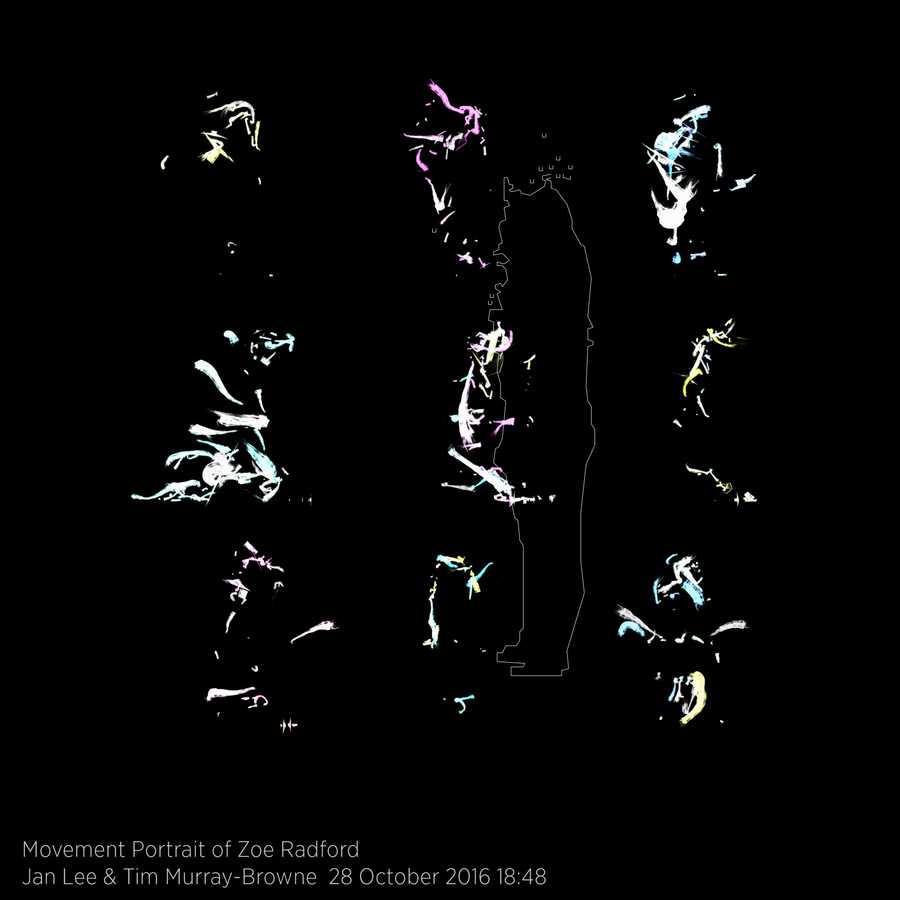 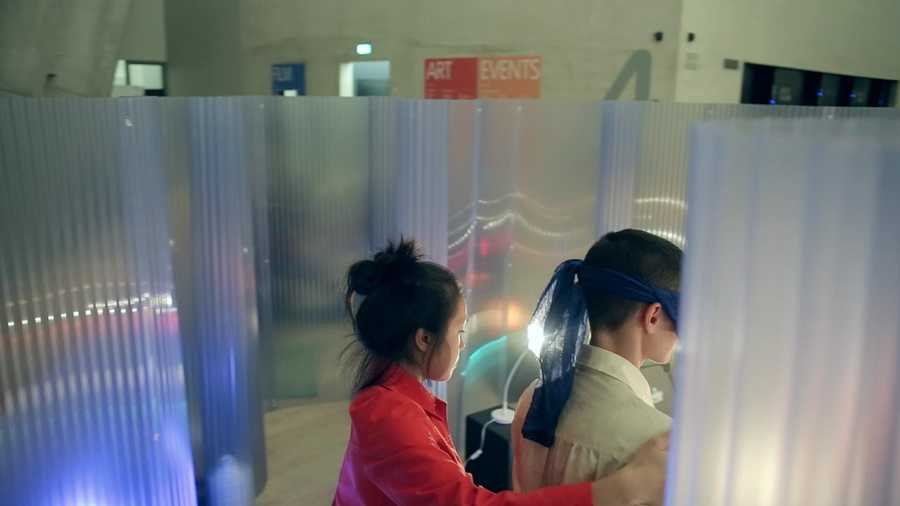 See above for the full team.

Movement Alphabet was created using public funding by the National Lottery through Arts Council England, and with support from G.A.S. Station and Queen Mary University of London. Social media support provided by Rebelle Social. Documentation filmed by Mind the Film. Flashbulb audio sample courtesy of Cheeseheadburger on Freesound. Many thanks for additional support from Susanna Eastburn, Nadine Rothschild, Becky Stewart, Kok Ho Huen, Tom Sloan, Music Hackspace, and to those who helped us prototype and test the work: