IMPOSSIBLE ALONE is an interactive installation exploring the space between musical improvisation, creative movement and games created in collaboration with the dancer and movement practitioner Tiff Chan.

Using Kinects to track the pose and movement of two individuals, the installation hides a myriad of sonic interactions — invisible instruments that both provoke and demand creative movement. However, this interactive soundscape may only be explored by the participants whilst they mirror each other's movements exactly. Responding to both each other and what is heard, they inevitably provoke each other to move in unfamiliar ways. How long can they persist in the uncharted journey of shared creation?

In this work, the tech out of sight and intended to be forgotten. The participants stand a metre or so apart facing each other. No additional visual feedback is provided, nor any instructions of use beyond the need to mirror each other. What happens next varies between individuals and how their personalities interact. Sometimes there will naturally be a leader and a follower, but the truly special moments happen when both individuals maintain eye contact, responding to each other's tiny movements. These occasions can create a positive feedback loop creating movements and sounds with no clear originator.

IMPOSSIBLE ALONE began as an exploration into how constraints within interactive music affects participants' engagement and sense of creative control. As development progressed, we became ever more interested in the social effects of the work, and the potential of the work to form a connection between the two participants. 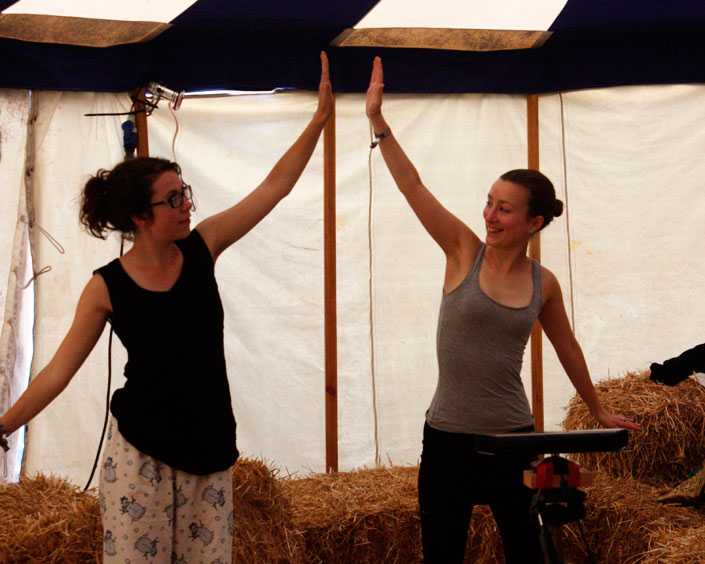 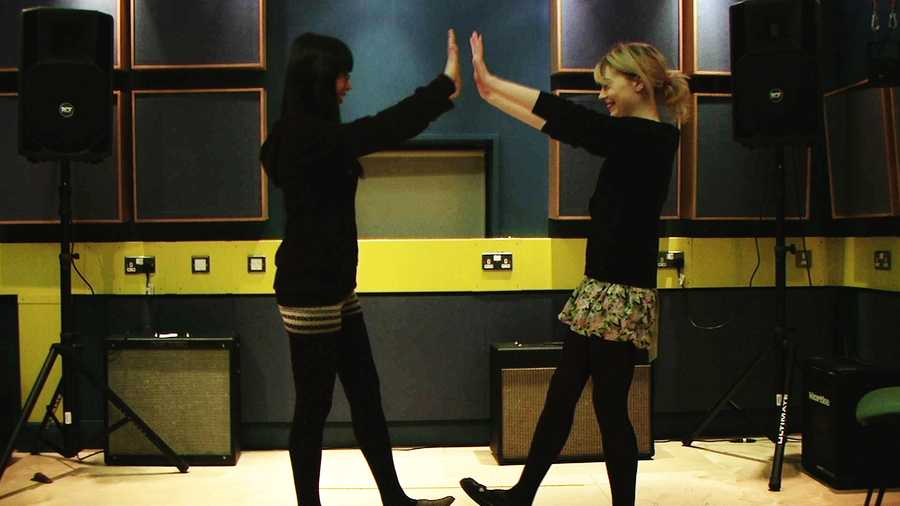 IMPOSSIBLE ALONE was created in collaboration with Tiff Chan.

Tiff Chan has collaborated with Tim Murray-Browne on several works, including the photography series Jokes, Girls and Wood exhibited at the Magdalen Arts Festival, Oxford in 2007 and performing the Serendiptichord at Kinetica Art Fair, London in 2011.

Chan is a visual artist, performer, movement researcher and practitioner who studied BA in Fine Art from the Ruskin School of Fine Art and Drawing (Oxford University) with a focus on Performance, and was the winner of the Mitzi Cunliffe prize for her performance video Ode in 2007. Due to finish her MA in Movement Studies from Central School of Speech and Drama in September 2011, she is writing her MA thesis on how movement teaching and directing can be approached through play. Her work is in exploring and applying languages of body movement in the forums of theatre, dance, performance art, fine art, therapy, education, movement practice and health restoration.

IMPOSSIBLE ALONE was created at the Centre for Digital Music, Queen Mary University of London by Tim Murray-Browne and Tiff Chan (Central School of Speech and Drama), with the support of Jan Lee, Mark D. Plumbley and Nick Bryan-Kinns. It is funded through a Platform Grant and Doctoral Training Account from the Engineering and Physical Sciences Research Council.