Music to Swim to 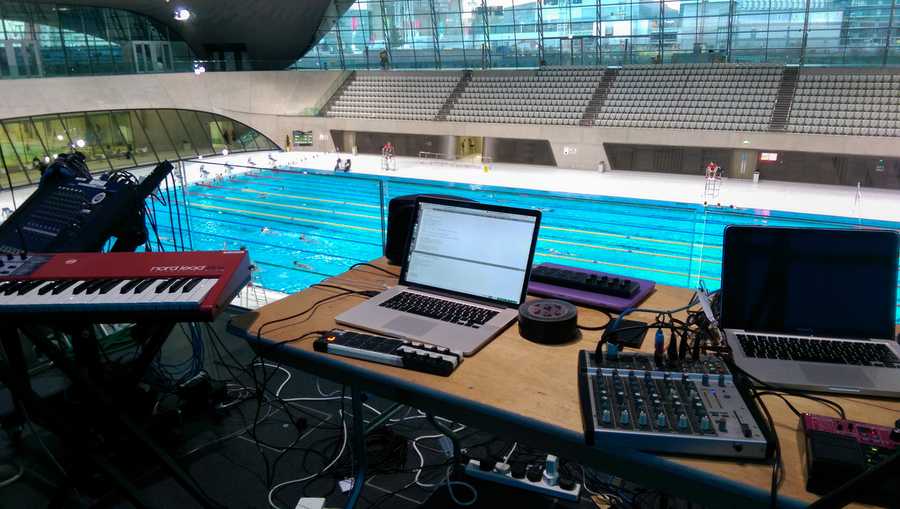 Music to Swim to is a piece composed and performed for swimmers. The piece is a 25 minute meditation inspired by the meditative mechanics of the swimming body as it propels itself through coordinated cycles of releasing energy into the water.

You can listen to the 20 minute performance on Soundcloud.

Rhythms and harmonies are extracted from four machines that release energy into a space in contrasting ways: the powerful blanket radiation of a microwave, the heat released by each of a computer's microscopic transistors working together; the wild spray of a garden sprinkler and the tightly controlled chaos of an inkjet printer.

The sounds heard are generated live by algorithms I have coded in the SuperCollider programming language. During the performance I shape these algorithms through 16 continuous parameters mapped to a MIDI controller.

It was performed at the Olympic swimming pool in the London Aquatics Centre on 25 November 2015 as a part of Bigga Fish Festival.

This piece came out of a project between Sound and Music, Bigga Fish and the University of East London.