I love the spare week between Christmas and New Year. I like to go through everything I’ve put out and taken in over the year.

Usually, I start with a sense that little happened this year but by the end I’m left remembering that, actually, a lot of happened. It’s been a year of travel and revival after the great lockdown. Five weddings in four countries, family reunions, and temporarily moving country.

Here are my 12 cultural highlights. Two exhibitions, three pieces of music, two live events, a film, two books, a radio station and a poem. Then scroll on for 11 highlights from my own work.

The best thing I saw this year.

There’s a lot of art trying to disrupt hierarchy in its various forms at the moment. In much of it, I feel a real desire to contribute to a political discourses, but nothing new to add beyond preachiness. Some is so boring it makes me question whether I still care about these movements.

Marcelle’s work is an antidote, a reminder of the power of art to address complex topics without delegating to the intellect. Her work reveals.

Firetrucks drive in circles endlessly hosing an increasingly mucky patch in the middle. Marching bands meet at crossroads and play to each other in a stand-off. Firestick jugglers repeatedly descend onto pedestrian crossings to perform for cars waiting at a red light.

Most powerful was the first room. 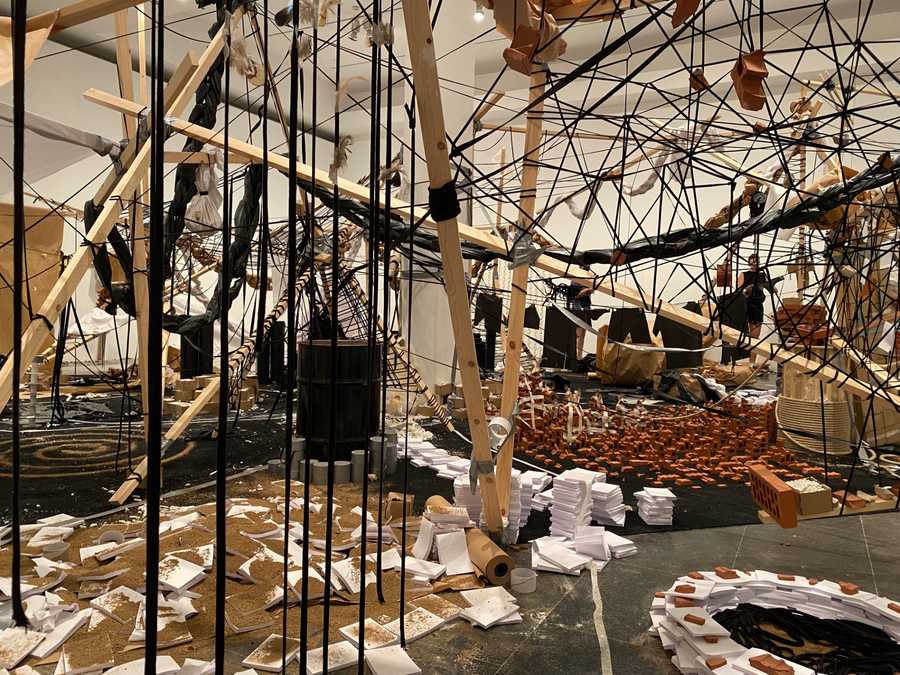 Wandering through this beautiful mess, I felt myself in the echoes of human creativity. Then, I turned the corner to be confronted with the same materials in different form. 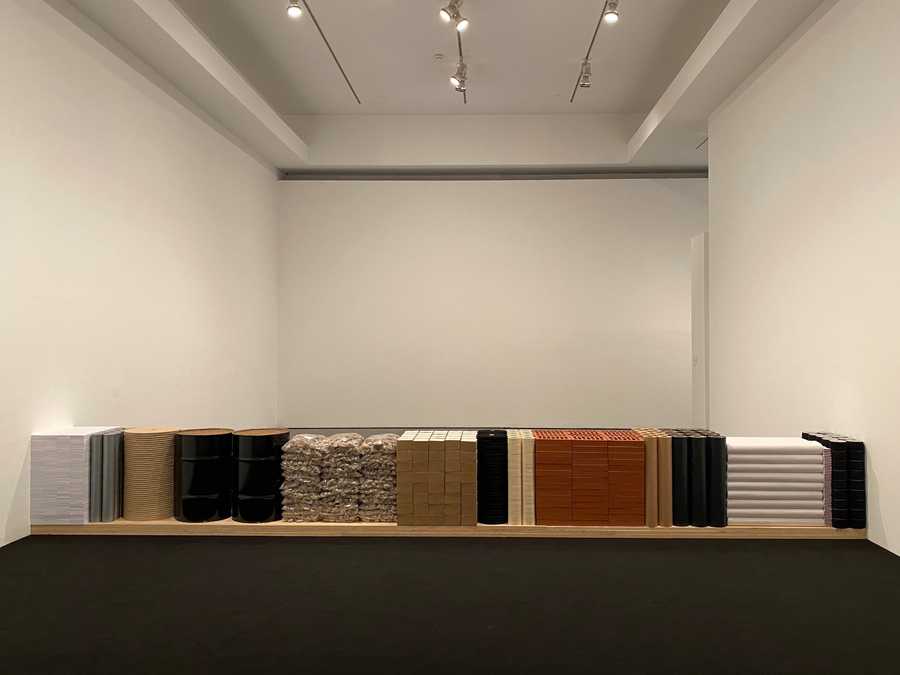 I find it telling that many of these works from the late 90s speak more to me about today's issues than so much contemporary work. It’s a reminder to be wary of the zeitgeist and focus on what I have to say in my work. And to describe less and let the work speak for itself. (Still showing til 8 Jan 2023.)

Many times I’d put this on while doing something else and found it too much. This year, I finally sat down in front of a good pair of speakers to listen from start to finish.

Immersive theatre at an epic scale which I finally got to experience firsthand. 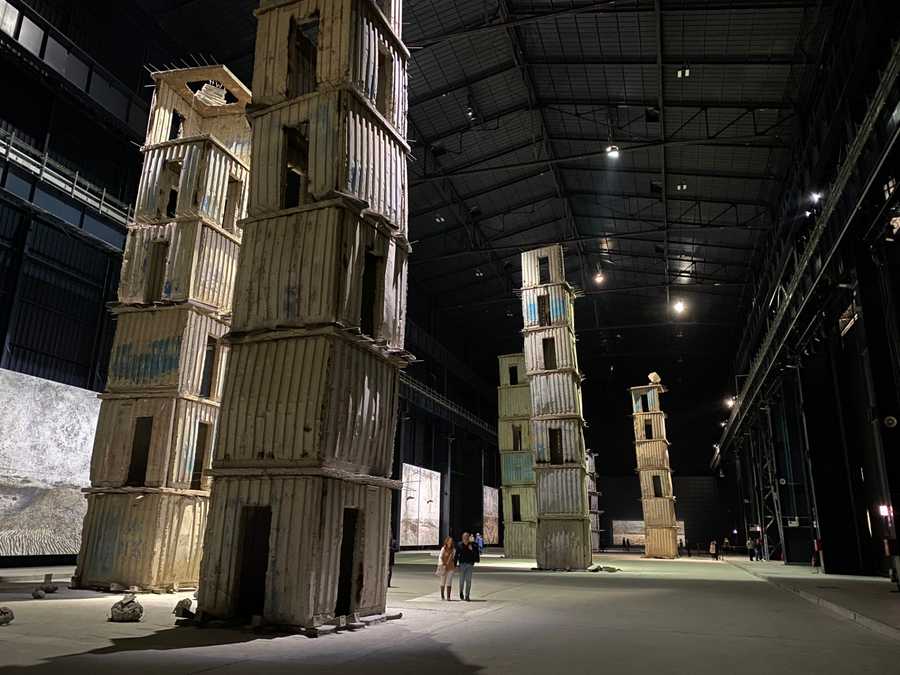 While in Milan with Cave of Sounds I made it to the Hangar Bicocca where Keifer’s immense work is permanently installed. Huge concrete casts of shipping containers are implausibly stacked, looking like they’re propped up with pieces of cardboard as they tower towards the sky.

I listened to this book in the first days of the year. I was flatsitting in London while Adriana was in her first week of what would turn out to be a three month bout of (long) covid. The cover makes it look more self-helpy than it is. Better described as the reckonings of a recovering productivity addict.

7. Joel Coen - The Tragedy of Macbeth

Joel Coen’s take was my favourite film of the year. He brings a clear aesthetic vision without getting in the way of the original. As I mentioned in June’s newsletter, Macbeth gave the title to What seem’d corporal melted as breath into the wind.

Sheldrake’s book about mushrooms and mycelea is amazing, crisscrossing food, biology, philosophy and intoxication. As he writes, “thinking about fungi makes the world look different.” 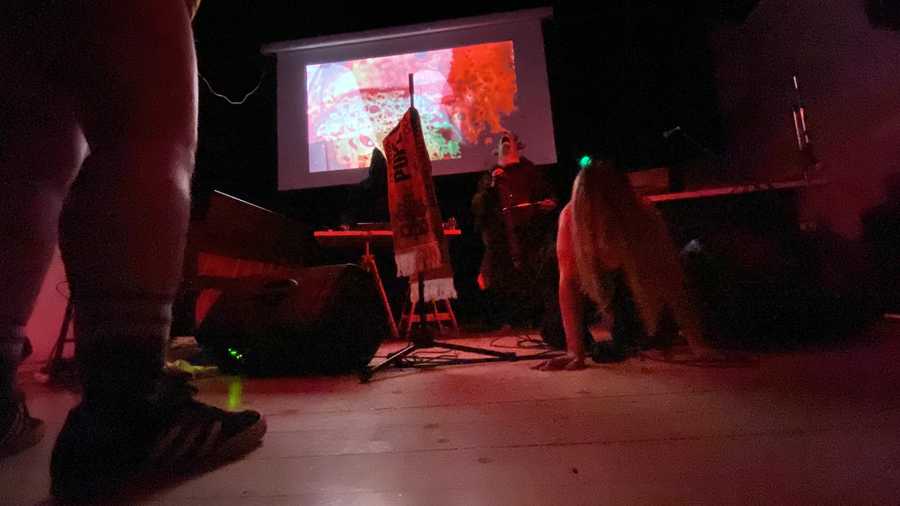 The queer hardcore punk group VIDIV blew my mind when I first saw them earlier in the year. They were later joined in the same venue by the immense and intense vocals of my wife Adriana.

I managed to see the English National Opera production of this in 2021. It inspired the music I wrote for Self-Absorbed Face Dance. But I’ve since been listening over and over.

Mark Vernon and Barry Burns’s annual festival brings much good music to Glasgow, but my favourite part was the FM radio station. Driving round Glasgow, the reception comes and goes. It feels close in a way I don’t get from internet streaming. (See also: Mark Vernon talking on Adriana’s podcast Essential Blends.)

I was reminded of some misguided attempts to support Ukraine in the early days of Russia's invasion. Glasgow International Film Festival ejected films from their programme because the directors were Russian. It upset me to see artists cancelled because of their nationality. Many had risked more than we might appreciate by speaking out publicly against the war.

At a similar time, Cardiff Philharmonic cancelled a performance of Tchaikovsky’s 1812 Overture, written 140 years earlier to celebrate the defeat of Napoleon’s invasion. Now you can interpret that piece as a celebration of Russian military victory, or as the defeat of the invading armies of a crackpot dictator. To me, it depends whether you see the world through the lens of nationalism or through pacifism.

In that gloomy context, I caught the last movement of his 6th symphony on the radio one rainy morning in Glasgow. It’s powerfully melodramatic and it’s followed me since.

1. Opening Cave of Sounds at the Milan Museum of Science and Technology.

This is by far the most ambitious technical production. The original Cave of Sounds required a team of us just to keep it running for a day. With help from an excellent production team, it’s now exhibiting for 9 months in a different country.

I spent five days at the Centre for Contemporary Art in Glasgow with the amazing dancer Catriona Robertson and the Sonified Body system developed earlier with Panagiotis Tigas. Here's a sample.

The short manifesto is a new style of writing for me. It distils much of what is underpinning my work right now. It took five drafts but I’m really happy with how it turned out.

I know everyone hates NFTs now and the market has crashed. But I'm still optimistic for the potential of the space to foster alternative autonomous communities.

Most of the reasons people now hate them (fraud, greed, carbon emissions) were being discussed in tech/art circles back in 2020. It drove the development of artist-built tools communities that address these problems.

For me, fxhash best captures the positives of NFTs. It’s negligible carbon, artists are being paid and it’s fuelling a niche scene where good art is being made that wouldn’t have otherwise.

In May, Adriana and I performed our first gig together in a new duo Sun Infusion, my first time in a while performing music on a stage.

This talk at Electro-Magnetic Field festival was popular. I wrote it up into an essay, my first long-form non-academic essay in a while.

A week in Chatham with other artists connecting choreography and code.

I’ve been sitting on this work for over a year. After a few public sharings in Glasgow, EMF festival and Montreal, I finally have a sense of where this is going. Watch this space over the next few months.

9. Post-Truth and Beauty at Morley College

After the pandemic, I jumped at the invitation to exhibit this work again. But I’d forgotten the insane amount of work it takes to get it working again. It’s now offline until someone comes with a budget big enough to reengineer it from the ground up.

Was it a good use of time to recode my website from scratch? Probably not. It took way longer than anticipated and it still feels half finished. But no regrets. I learnt a lot in the process, and unlike on my previous Wordpress site, it’s actually a pleasure to update it.

I’m terrible at social media and used to be irregular with this newsletter. My resolution for 2022 was to send it each month without fail. This edition marks that resolution as successfully completed!

It’s been a rewarding journey to find a voice that shares more than just finished works. I have plans to evolve this newsletter which I will share in the coming months.

PS If you’re interested in more eclectic music recommendations, since 2013 I’ve been charting my music on my Spotify profile with a mixtape every few months.

This is Tim Murray-Browne's newsletter. You can subscribe at timmb.com/newsletter.